AssN9 Ranch’s Long Run My Girl (affectionately known as “Daisy” at the ranch) came to live at AssN9 Ranch in 2011.  She was 6 yr old at that time. Daisy went to Sandi Costa's for “boot camp” for  about 6 weeks to get started under harness. Sandi told us that we had a champion. In the first year of showing Daisy, she won several high point reserves and 2 high point championships in the green competition, and won her halter class several times.  She has also participated in multiple Christmas parades and local parades. Daisy has the biggest heart of any donkey I have ever handled. She has a lot of speed and handles in-hand like a dream. She has the long and extended, floating movement that we love to see and breed for at AssN9 Ranch.  Daisy is an amazing athlete, we are so blessed to have an animal like her. She has also won the color class at several shows. You can describe Daisy as “Pretty, Performance, Perfection"! 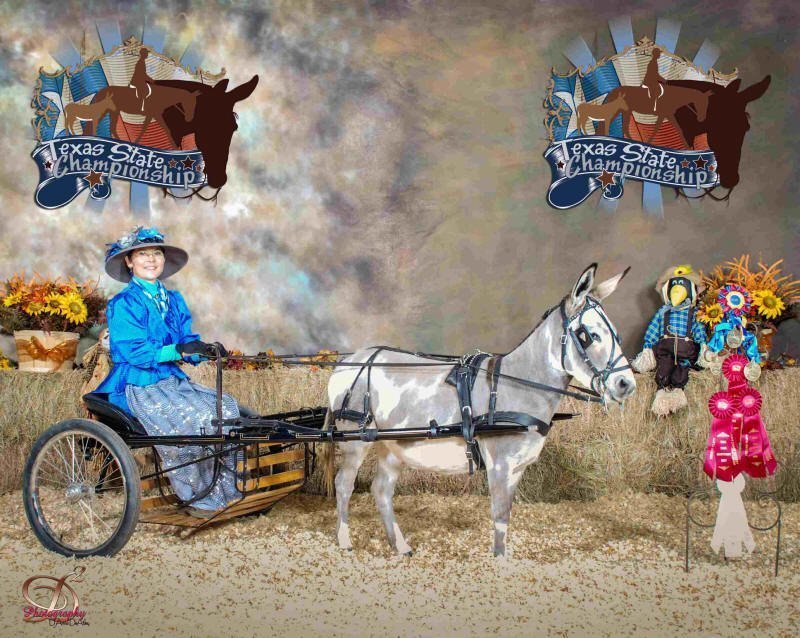 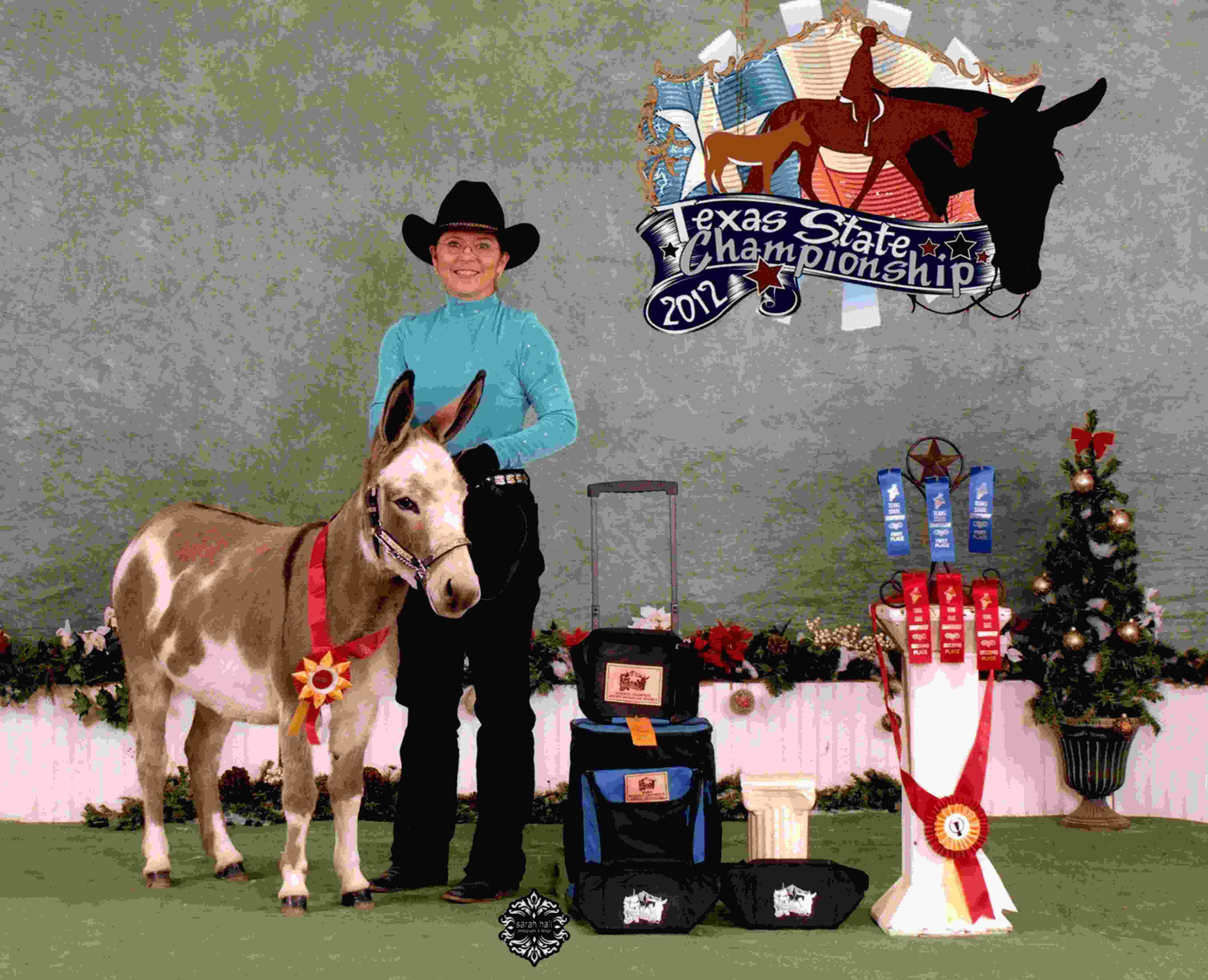 Daisy at the 2012 Texas Championship in Conroe 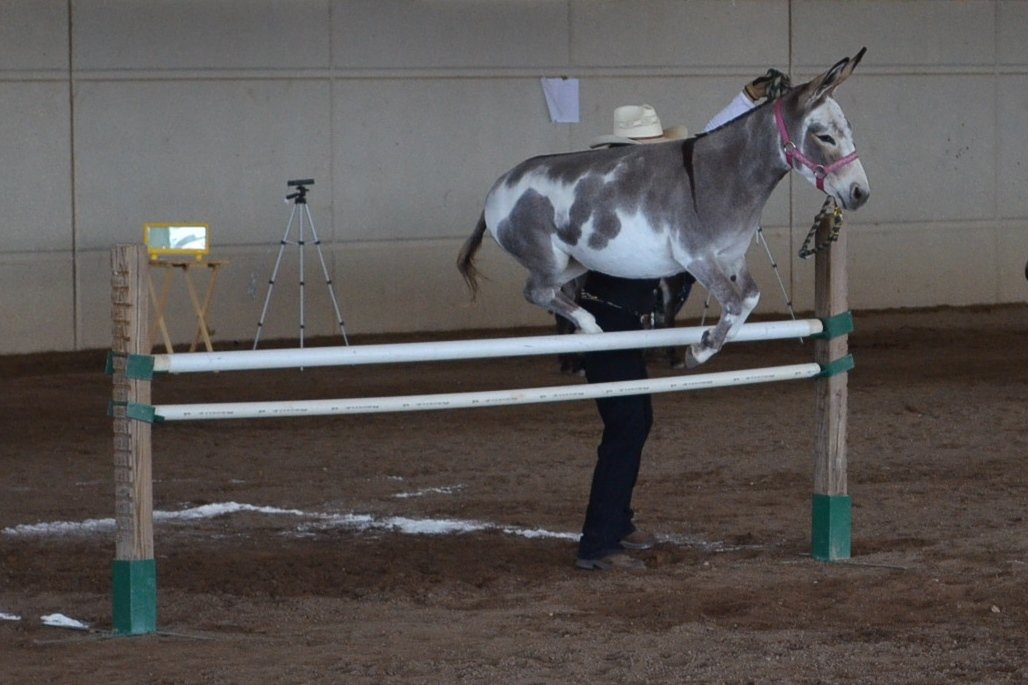 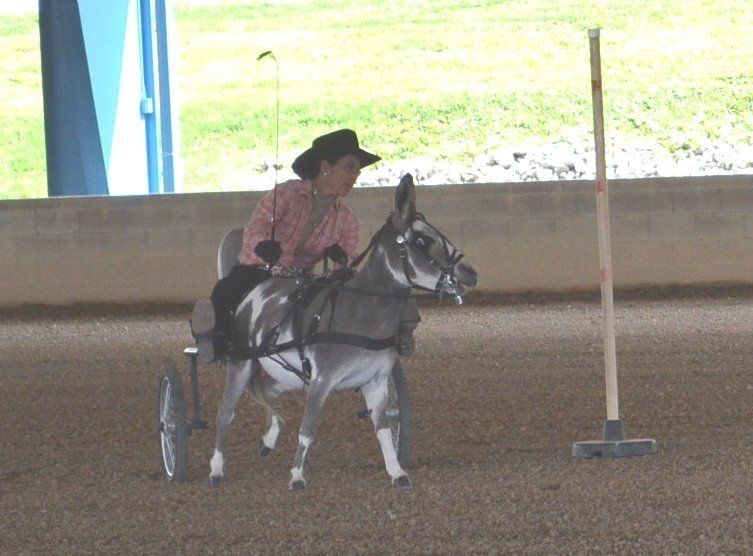 Daisy snigging at the 2013 NMDA National Show in Shelbyville 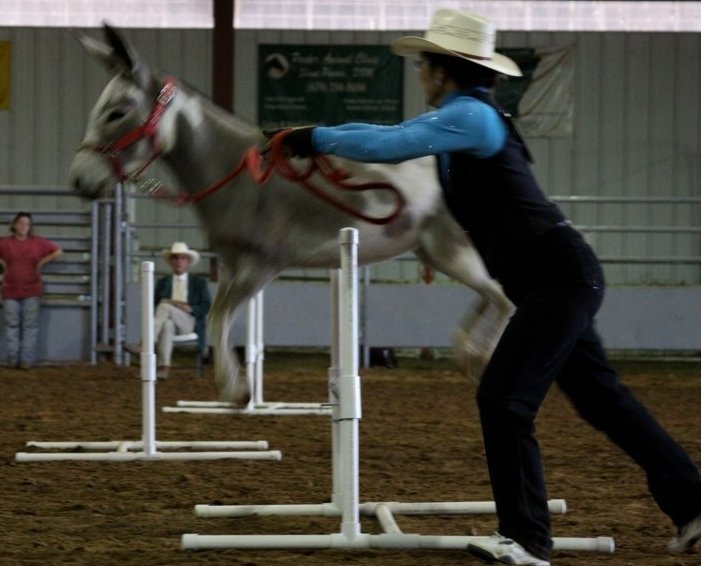 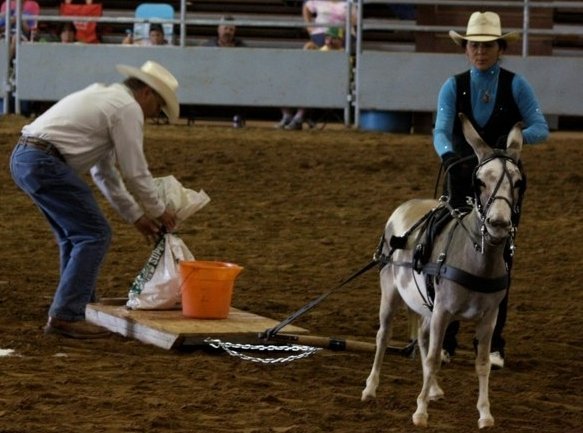 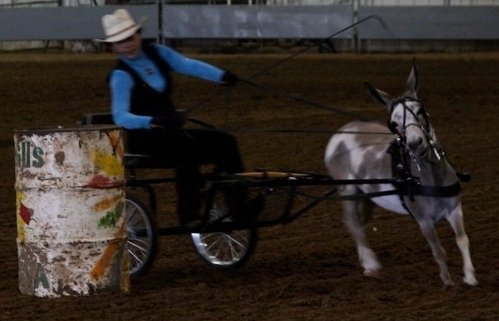 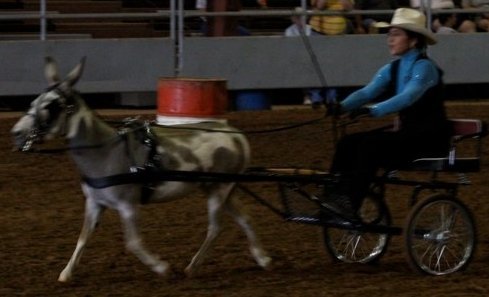