Everyone who knows that we raise miniature donkeys wants to know “what do you do with them?.  My normal response is, “we keep them around because they are good for at least one belly laugh per day”.  But the description below is describing all the things I did with a very special donkey, Cactus Pete. 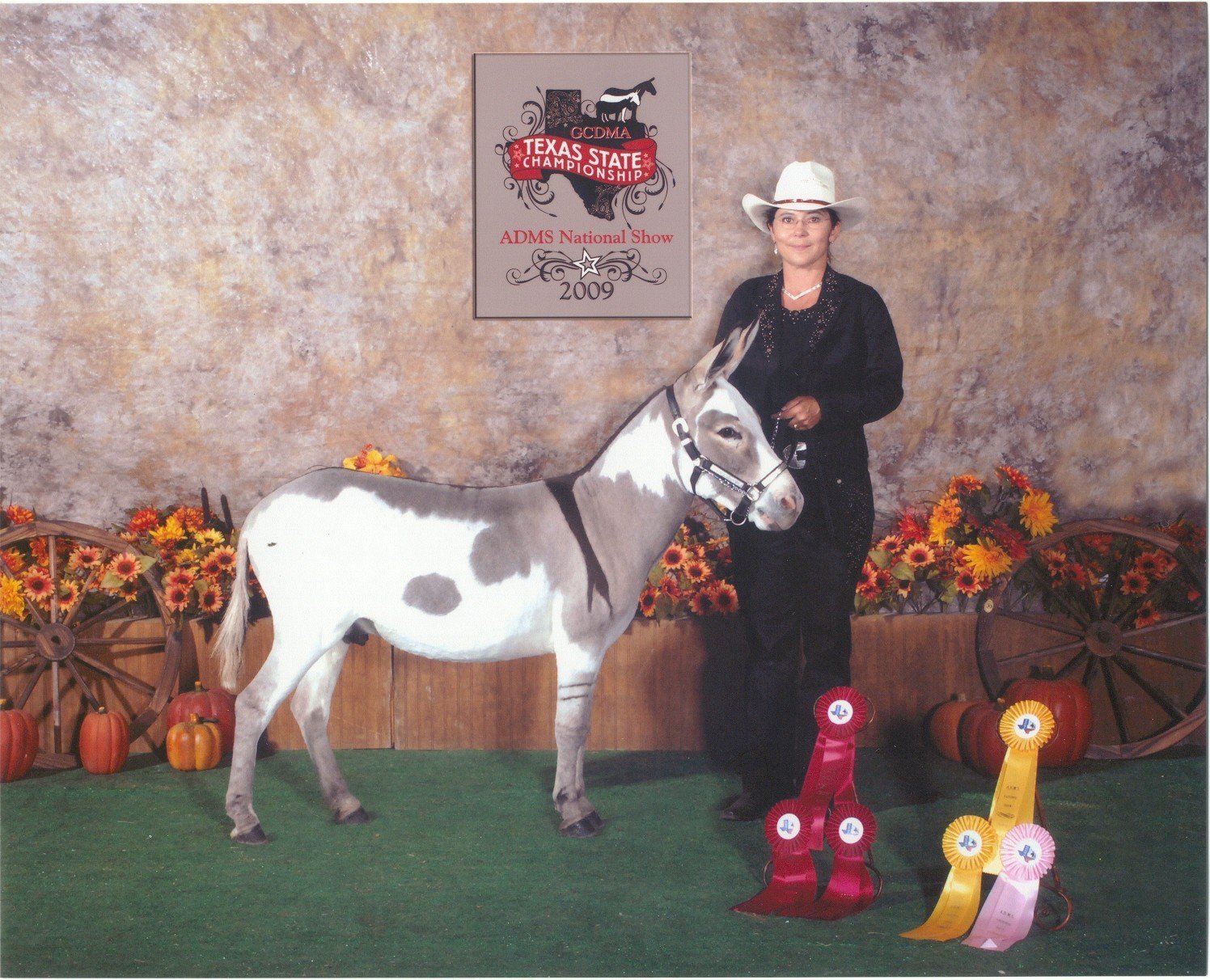 Cactus Pete at his first show in Conroe, TX.

We had been showing in halter and trail classes for a couple of years and decided that driving looked pretty fun.  So we purchased a donkey that had been shown in halter and some driving classes.  Pete was 7 years old when we got him (and his buddy Willy, a 38 inch gray gelding).  He was friendly, willing, and smart, and boy did he like to move out!!!

In just one summer I worked with him to teach him to side pass, do trail and obstacles, coon jump, in-hand jump, barrels, poles, all the performance events.  We won reserve high point several times over the next couple years.  I do not mention this because I am a great trainer; I mention it because I wanted to describe the spirit and aptitude of miniature donkeys in general and especially Cactus Pete.  We would usually place in halter and many times win the color class.  In-hand jumping was the best of his game, and we were NEVER beaten in the lead line race!! 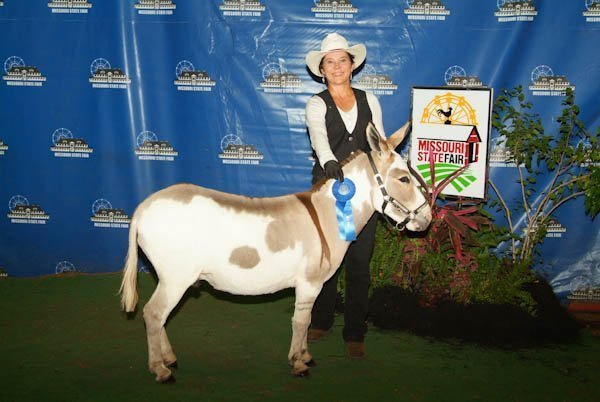 Blue ribbons from Missouri too!!

Our grand daughter came to visit.  She was only about 4 years old.  I really could not understand all the things she said.  I knew that what ever it was she was chattering about involved the donkeys and the “cart”. Later it dawned on me what she was saying.  I found out that for all this time, I thought I had a donkey cart….in reality I indeed owned a “Princess Carriage”!  Who would have known? 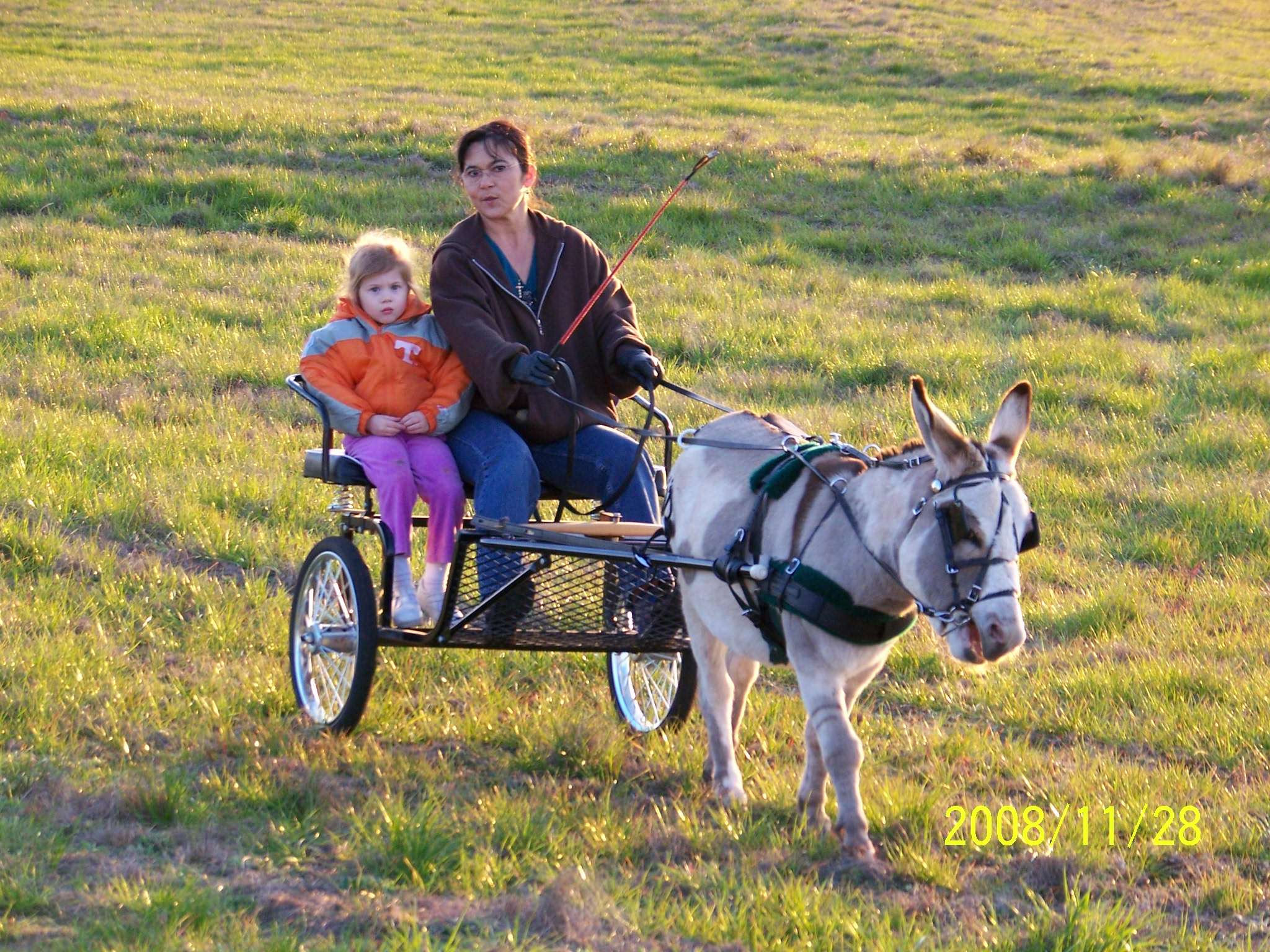 The Princess in the “princess carriage”, and Pete taking us for a ride.

Please, enjoy the photos and captions below.  Miniature donkeys are wonderful animals. 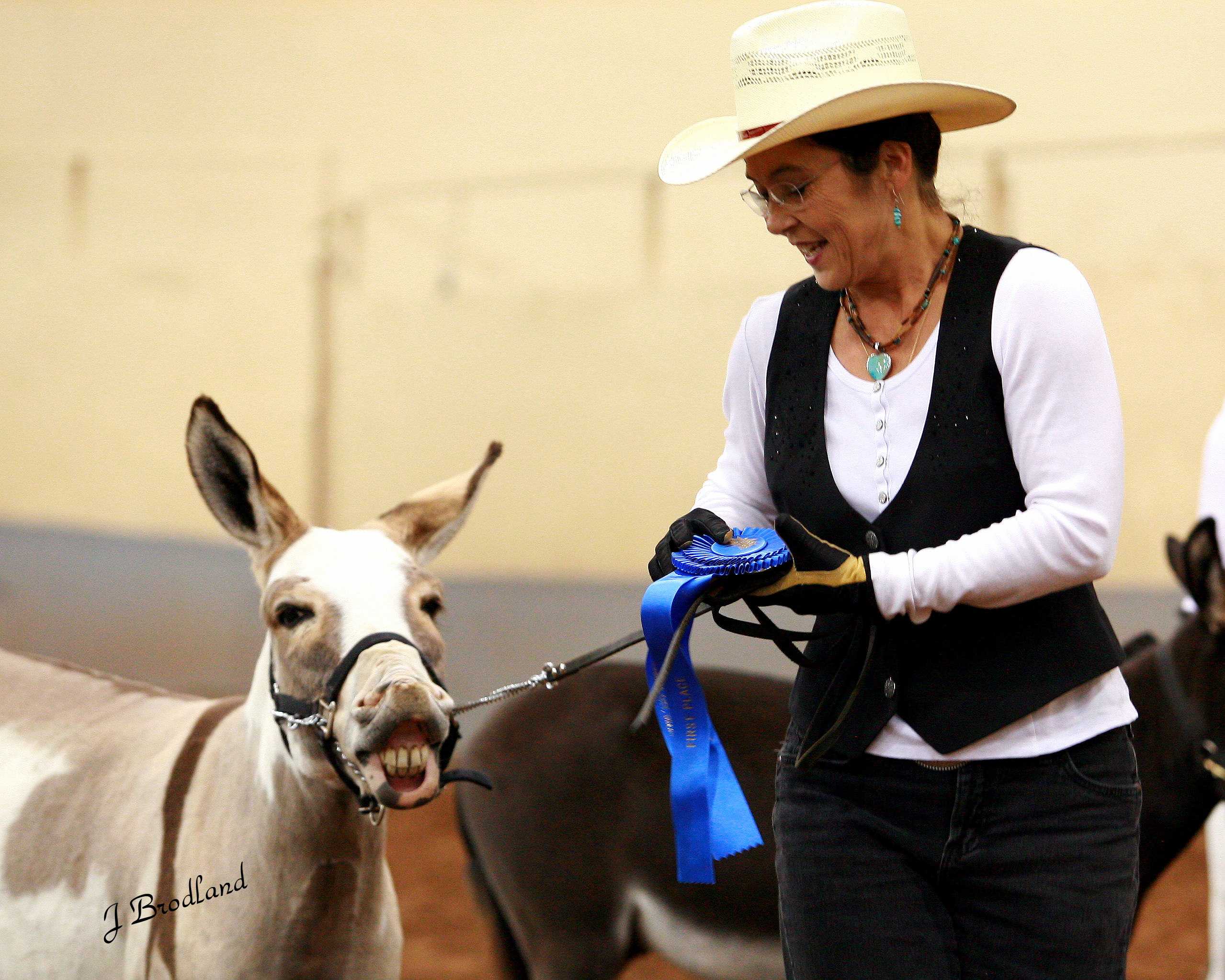 This was my and Pete’s last event.  We won the in-hand jumping event at the Oklahoma State Fair.  I was really sick that day, and Pete stood around with his head in my lap most of the day between events.  We both rallied because we REALLY like to win.  The photographer caught this incredible shot.  As we came across the finish line the crowd was cheering, I was laughing (and panting), and Pete looks like he was smiling at all his adoring fans.  This is my very favorite photo of him.

Here are a couple more photos of Pete at the shows. 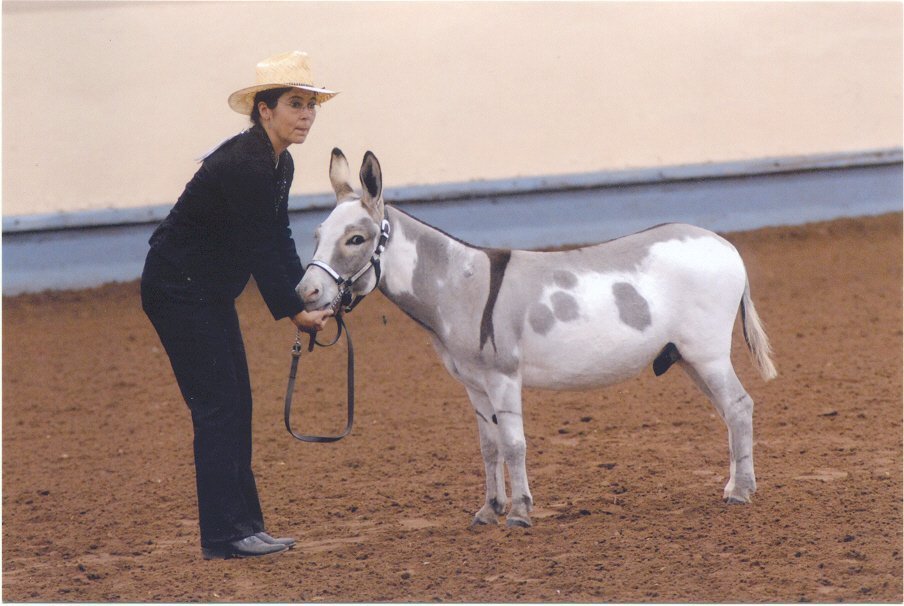 We won first in the color class at the OK State fair. 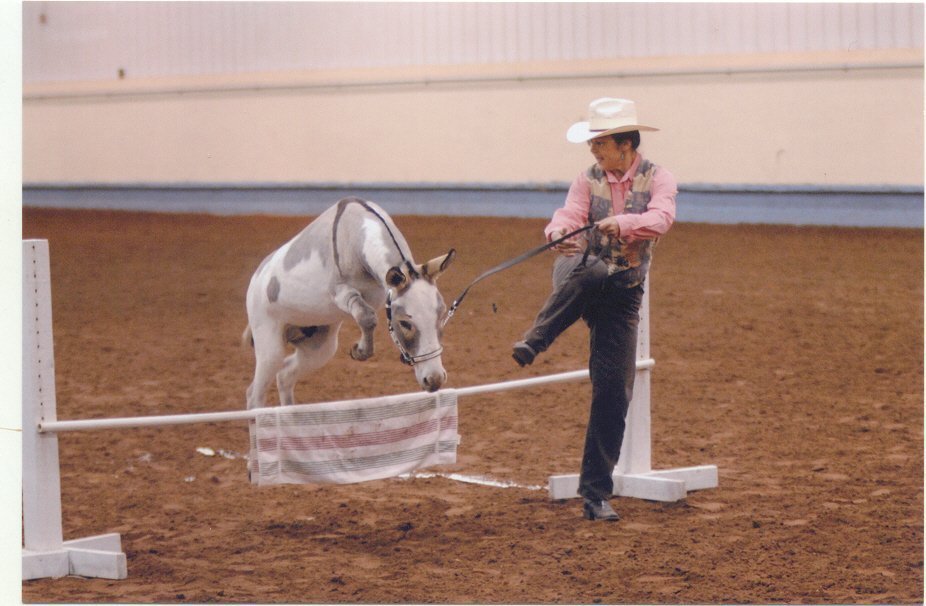 Here we are coon jumping.  Don’t know if the handler is supposed to jump too, but it worked this time!! 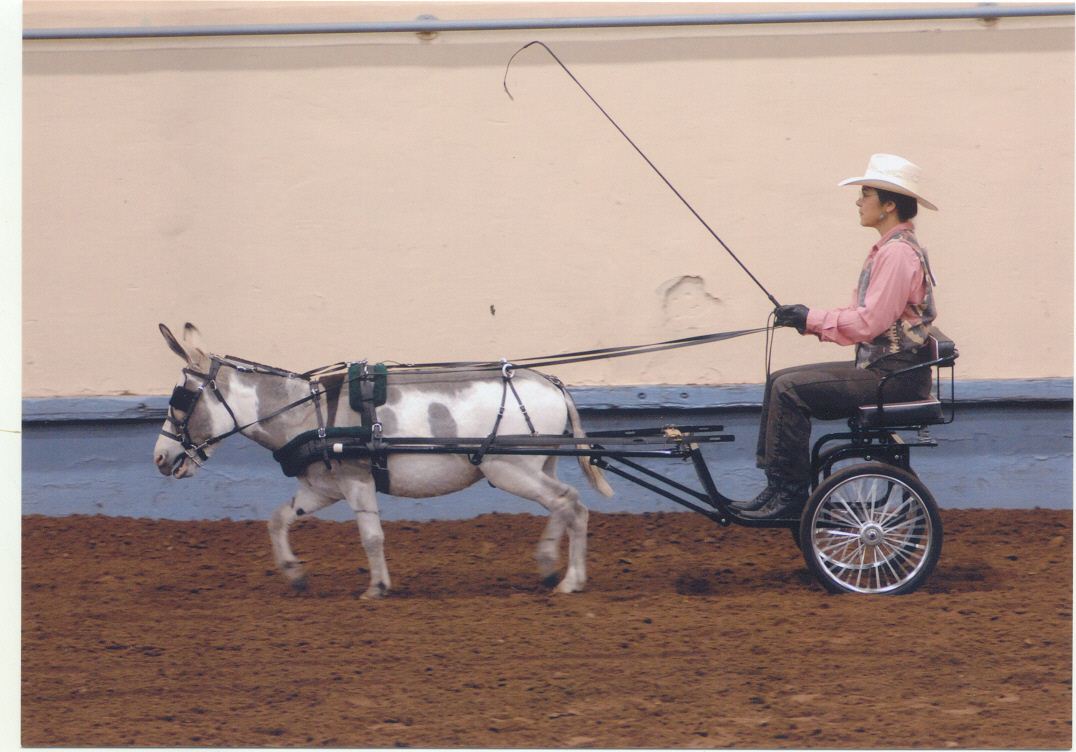 Driving at the OK State Fair.